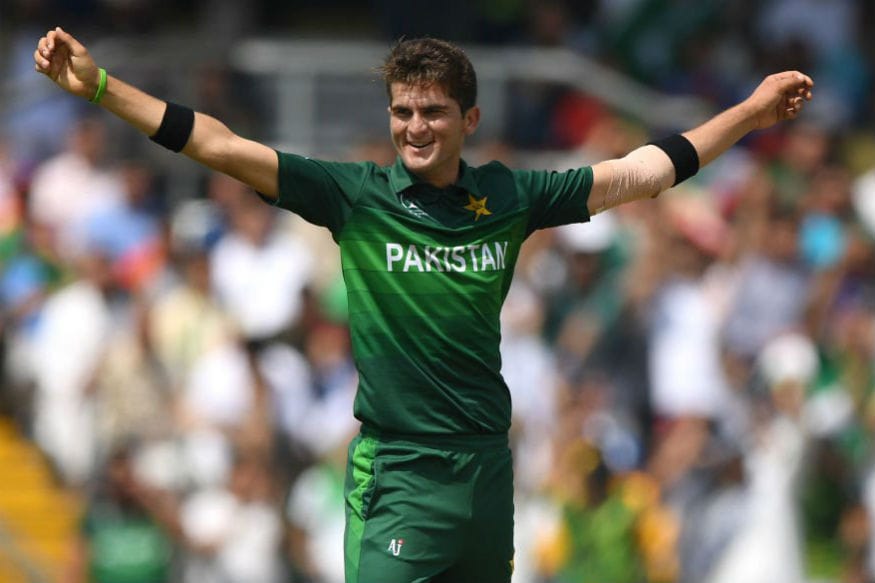 Naseem Shah and Iftikhar Ahmad were the two new faces in the 18-player men’s central contract list for the 2020-21 season, which will come into effect from July 1.

The Pakistan Cricket Board also confirmed Azhar Ali as Test and Babar Azam as ODI and T20I captains for the period during which Pakistan is scheduled to play nine Tests, six ODIs and 20 T20Is, besides the Asia Cup and the ICC Men’s T20 World Cup 2020.

Naseem Shah became the youngest Test bowler in history to take a fifer and a hat-trick in consecutive Tests against Sri Lanka and Bangladesh in Karachi and Rawalpindi, respectively. Iftikhar, who had the best average and strike rate in T20Is amongst the Pakistan batsmen, played two Tests, two ODIs and seven T20Is in the 2019-20 season.

Naseem’s bowling partner Shaheen Shah Afridi, who took the most Test wickets for Pakistan in the 2019-20 season, is one of the four players to get promotions.

Furthermore, and as part of its commitment and strategy to reward high-performing young cricketers, the PCB has created a new Emerging Players’ Category, and the initial inductees are Haider Ali and fast bowlers Haris Rauf and Mohammad Hasnain.


Haider was a standout batsman for the Pakistan Emerging and U19 sides, whereas Haris and Hasnain showed their skill, prowess and utility in limited-overs cricket.

In addition to the three and to further recognise players who have performed excellently in the 2019-20 season and/or are in and around the Pakistan men’s national team, the PCB are in the process of creating enhanced domestic contracts for the 2020-21 season so that they remained valued and motivated.

Hasan Ali, Mohammad Amir and Wahab Riaz have missed out on central contracts but will remain in contention for selection in what will be a busier cricket season as compared to the one that has just concluded, while Imam-ul-Haq, Sarfaraz Ahmed and Yasir Shah have dropped to Category B.

Pakistan men’s national team chief selector and head coach Misbah-ul-Haq said: “The philosophy and criteria for this merit-based central contract list was simple and straightforward: the selectors reviewed player performances in the past 12 months and then looked ahead to our team requirements in the forthcoming 12 months.

“I am thankful to the PCB Chairman for supporting our recommendation to give emerging player contracts to Haider, Haris and Hasnain. This is part of our forward-looking strategy and investing in the future, while also encouraging potential future national team players. I am sure this will motivate a number of youngsters in the 2020-21 domestic cricket to perform up to the expected level and earn such incentives.


“I want to congratulate Azhar Ali and Babar Azam for getting captaincy extensions. This is absolutely the right decision as they also require certainty and clarity on their future roles. I am sure they will now start looking to the future and start planning so that they can build sides that can perform at the expected levels.

“The selectors have made the tough decisions to leave out Amir, Hasan and Wahab but considering Hasan missed most of the season due to an injury and Amir and Wahab decided to focus on white-ball cricket, this was the right move. However, Amir and Wahab are senior and experienced bowlers and they remain in contention as we believe they can still contribute to the Pakistan men’s cricket team and also mentor our young battery of fast bowlers.

“Rizwan has been promoted to Category B after being a regular member of the side, while Sarfaraz has been placed in Category B as he very much features in our future plans. We have some tough cricket lined up over the next 12 months where we will potentially require Sarfaraz’s knowledge and experience.”

July 26 is observed as Kargil Vijay Diwas every year. It was on this day that the Indian Army declared successful culmination of 'Operation...
Read more
Racing

The West Indies wants to host South Africa for either a five-match T20I series or a two-Test rubber in September but is waiting for...
Read more
Racing

Six into three will not work on Friday, when England will reveal who are its best seamers for the deciding test against the West...
Read more

Mann ki Baat LIVE Updates: Modi Says Coronavirus is as Lethal as it Was in Beginning, People Remove Masks When Needed Most

Taking to Twitter, PM Modi had written, "Do tune in tomorrow, 26th July, at 11 AM. #MannKiBaat." For the address, the Prime Minister...
Read more

July 26 is observed as Kargil Vijay Diwas every year. It was on this day that the Indian Army declared successful culmination of 'Operation...
Read more
Load more

Mann ki Baat LIVE Updates: Modi Says Coronavirus is as Lethal as it Was in Beginning, People Remove Masks When Needed Most

Taking to Twitter, PM Modi had written, "Do tune in tomorrow, 26th July, at 11 AM. #MannKiBaat." For the address, the Prime Minister...
Read more